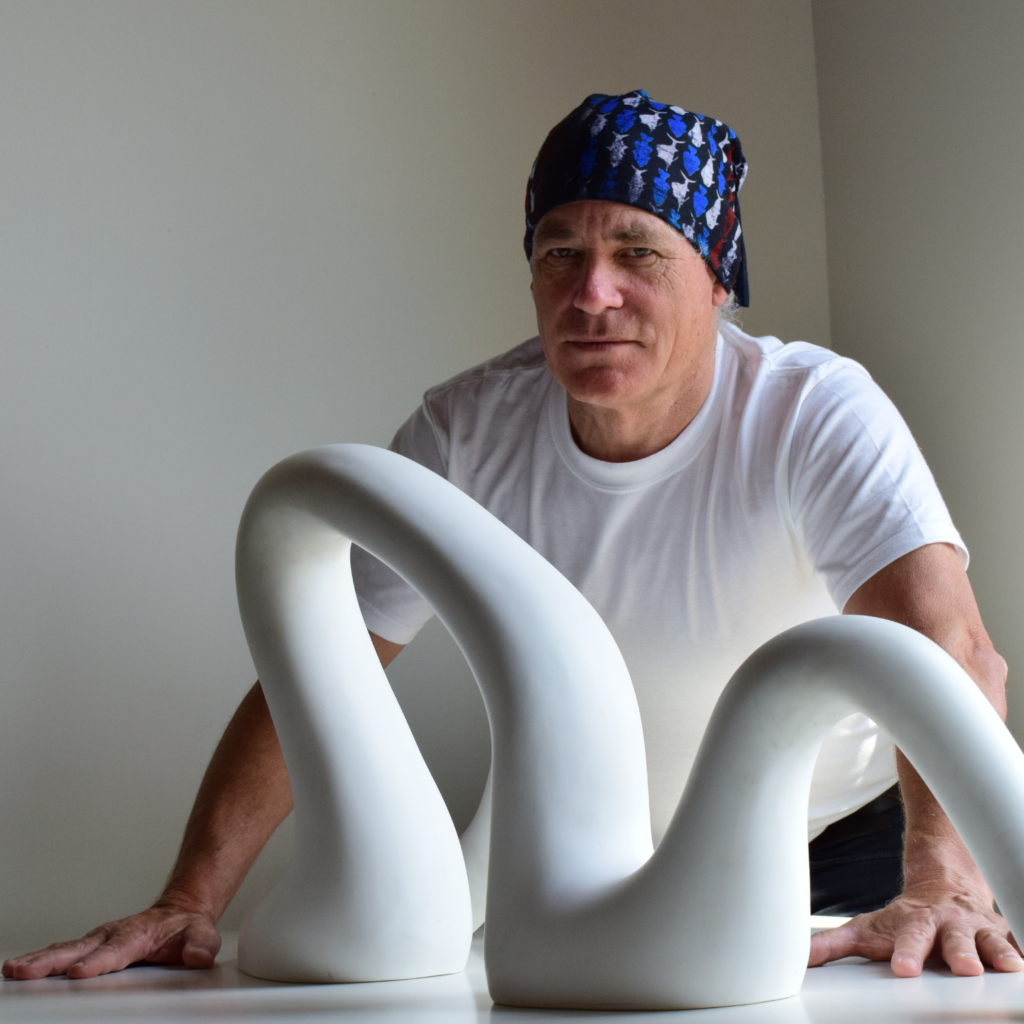 Hubert Phipps, artist from the United States. Photo © Courtesy of the artist

I draw, paint and sculpt. As a child I discovered I had the ability of a draftsman and I developed a keen interest in illustration and character development. Drawing has always been the foundation of my work, even as I segued into abstract expressionism. My work of late has been varied. I’m working in soot, pure paint pigment and collaborating with musicians and digital artists to create a layering of sound and light projection on sculpture.

I delight in working in all kinds of medium. Learning to weld was critical to developing as a sculptor. I use modern technology such as virtual reality, 3D computer modeling programs to build on my traditional craft techniques. My recent focus has been creating and installing monumental size sculpture in public spaces. Click here to view “Dream Wall” video.

My current work speaks more to esthetic abstract forms as an expression rather than social commentary, conceptual ideas or narratives. It is pulling more from the heart than the mind. The expression of the enigmatic, the other-worldly and the ambiguous; qualities that I find so compelling in other artist’s work.

Having said that, I am embarking on a new body of work that is narrative based and explores subjects including music, money, drugs, sex and race relations. I am excited how visual arts lends itself in so many ways to “peel back the onion” allowing the viewer new perspectives on social phenomena that are pertinent to current events.

3.Where do you find the inspiration for your art?

My inspiration comes from man and nature. A lifetime passion for me has been as a pilot, and aviation giving me an overhead view of the world below me influenced my work. The work of artists I have encountered in museums have been a huge influence: Clifford Still, Jackson Pollock, David Smith, Louise Nevelson, Herbert Ferber… most all of which I discovered in museums. I could spend a lifetime in the likes of the Met, MoMA and the Virginia Museum of Fine Arts.

In nature, I have found inspiration from coral reefs to the fantastical landscapes of America’s western national parks and even the seemingly inconsequential blades of grass in my backyard. Outer space and the science of space exploration inspired my latest outdoor installation, entitled Rocket (watch the PBS news video about this monumental sculpture here, and watch the aerial drone video here).

My process varies. With sculpture I typically reference my drawing to make a clay model and send it to the foundry where it is cast. Sometimes I will have it scanned and worked further in a computer program, which will guide the CNC milling machine to make it in the desired scale.

Other sculpture projects I will cut, bend and weld metal as any fabricator might. In 2D the backbone of the process is drawing, most of which starts with no preconceived idea but develops as the marks begin to speak of something. Other processes are more adventurous.

I did a series of paint pigment drawings which I begin at night in complete darkness. It is just as much a physical performance as anything else as I use my whole body on top of the pigment and paper to make long sweeping lies and then with jabs and slashes to make contravening marks. The engineer in me is always looking to develop new processes.

My next project is a radical departure from what I have been doing up to this point. It is entitled Donk World. The narrative is based on two fictional characters, one a rap star, the other a layman. It sets the groundwork for a multi-piece art exhibition that addresses themes around modern American culture like race relations, money, social diversity, drugs, sex, and the music industry. The word “donk” refers to a particular aesthetic in American car culture.

According to automotive writer Bill Hayward of AutoNewsBlaster, “as with many terms in the automotive space, the definition is somewhat fluid and dependent on who you ask. Lifted bodies and over-sized wheels, from the slight to the extreme, are the common denominator”.

The multi-piece exhibition is portrayed through 2D and 3D objects depicting the two characters personal histories. The characters form an unlikely bond based on their mutual admiration for the Donk phenomena and allows me to explore the aesthetics of two diverse cultures side by side.

Hubert Phipps (Virginia, 1957) is an American sculptor, painter and draws on his racing and aviation experiences to develop a distinctive style. Known for his paint pigment drawings and abstract sculptures, Phipps experiments with various forms and materials, including steel, bronze, wood, composites, plaster, glass, and marble. He was also a race car driver and is a member of the Phipps family. His works are featured in the permanent collections of museums, institutions and private collectors, including: Tufts University Art Galleries (MA); Boca Raton Museum of Art (FL); Colorado Springs Fine Arts Center (CO); Harn Museum of Art (FL); Georgia Museum of Art (Athens, GA); Coral Springs Museum of Art (FL); and the Flint Institute of Arts (MI) which recently selected Paradise, the monumental bronze sculpture by Phipps, where the 1.5 ton, 9-foot-tall work is currently on view.

His work has been exhibited at the Colorado Springs Fine Arts Center at Colorado College, the Ann Norton Sculpture Garden in West Palm Beach, the New York Studio School, TW Fine Art, the Center for Creative Education in West Palm Beach, Fritz Gallery, MM Fine Arts Gallery in Southampton, Coral Springs Museum of Art, and Gallery 1608 in West Palm Beach.  Phipps’ monumental sculpture “Rocket” was recently selected for an art in public places initiative in Palm Beach County, spearheaded by the Boca Raton Museum of Art. “Rocket” is valued at $1.5 million, stands 30-feet tall, weighs 9.8 tons, and took more than 2,200 square feet of stainless steel to construct. The sculpture towers alongside a waterfront panorama of iconic architecture designed by Marcel Breuer in the 1960s, at Boca Raton Innovation Campus, the historic tech landmark where the world’s first personal computer and the first smartphone were invented.

Phipps has many approaches to drawing, including reference photos that he makes on long, cross-country flights and automatic drawing. He lets his subconscious guide the pen or brush until the work takes on a life of its own. A significant influence on Phipps’ work comes from the view he gets while piloting his aircraft. He amasses photographic images on these trips that are used as reference for sculpture, paintings, and drawings. Born in Virginia to Lady Phoebe Pleydell-Bouverie and Hubert Beaumont Phipps, Phipps started drawing at an early age. He developed skills as an illustrator, initially transcribing political cartoons. He attended Deerfield Academy, and as a student there Phipps discovered a passion for flying, something that he would continue throughout life. Since the age of 16, he has logged more than 4,000 hours as a pilot-in-command in both rotorcraft and fixed wing. He is the cousin of sculptor Susan Phipps Cochran. He was part of the Art Students League of New York at the age of 17, and studied at the San Francisco Art Institute before pursuing a career as a professional race car driver.

From 1979 to 1985, Phipps turned in solid performances in racecar driving, including winning the SCCA Formula Atlantic National championship, driving a Ralt RT4 powered by Ford. He achieved wins in the Formula Atlantic Professional series at Willow Springs, California in 1984, and again in 1985. His professional teammates included Danny Sullivan at Garvin Brown Racing in 1982 and Michael Andretti at Ralt America in 1983. After retiring as a professional driver, Phipps turned his focus to art again. In 2001, he enrolled in IFAC in Miami to study computer animation, with additional training at Escape Studios in London. Phipps’ interest in animation was specifically to learn how to model forms in the computer as reference for sculpting objects, using traditional media. In 2002, Phipps participated in Graham Nixon’s drawing marathon at the New York Studio School of Drawing, Painting, and Sculpture, and this opened his ability to work in large-scale. Hubert Phipps lives between Middleburg, Virginia, New York City and Palm Beach. 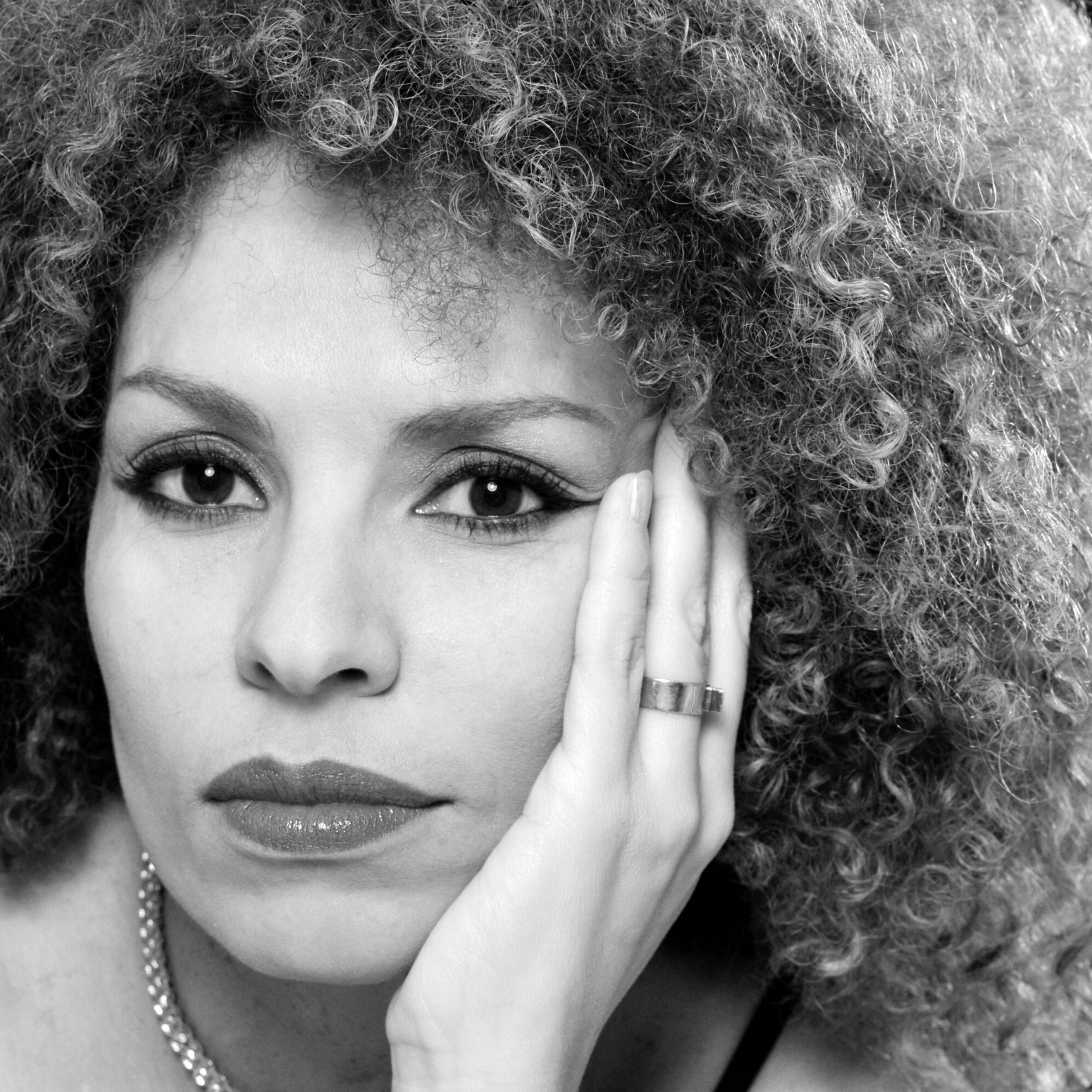 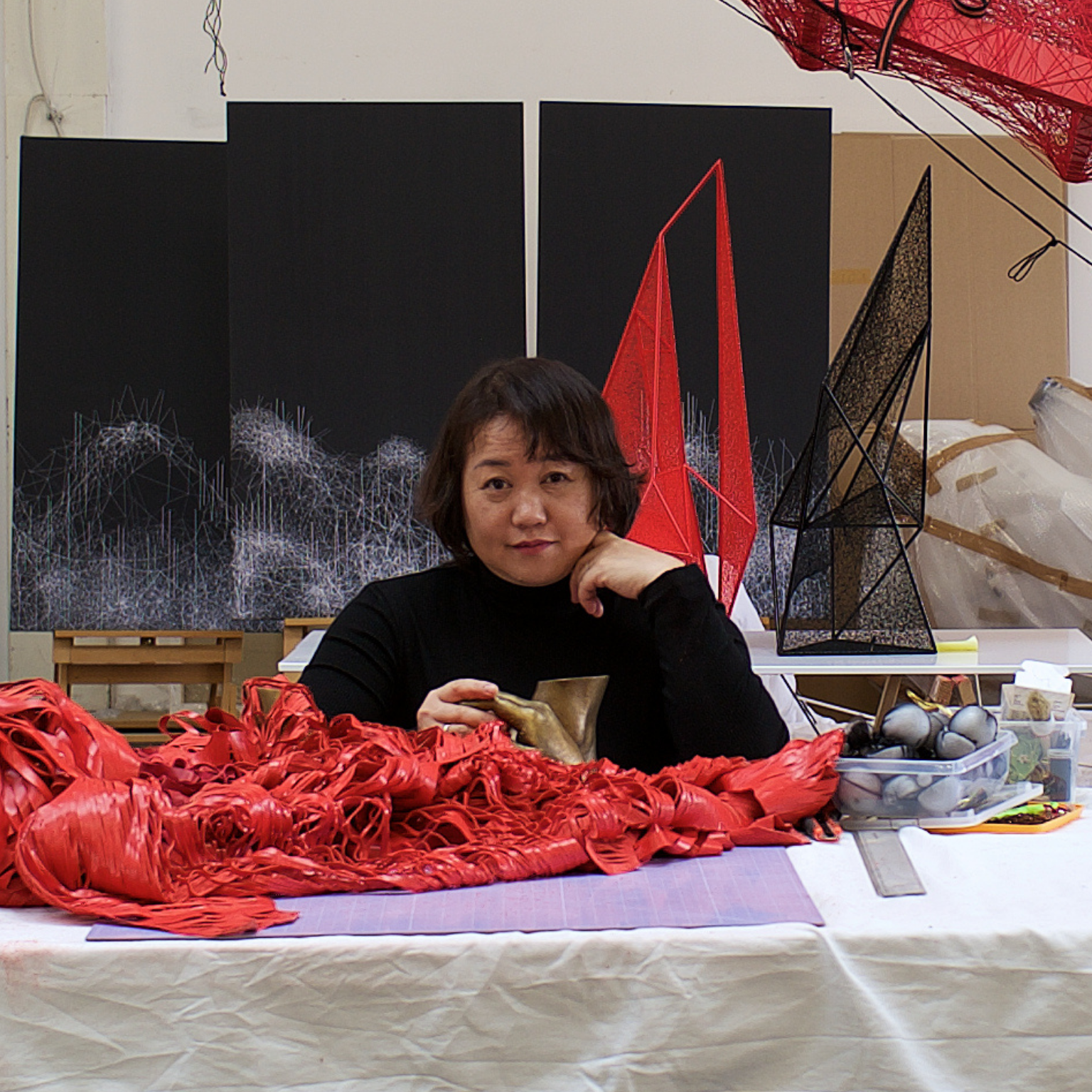 5 questions to the artist Chiharu Shiota 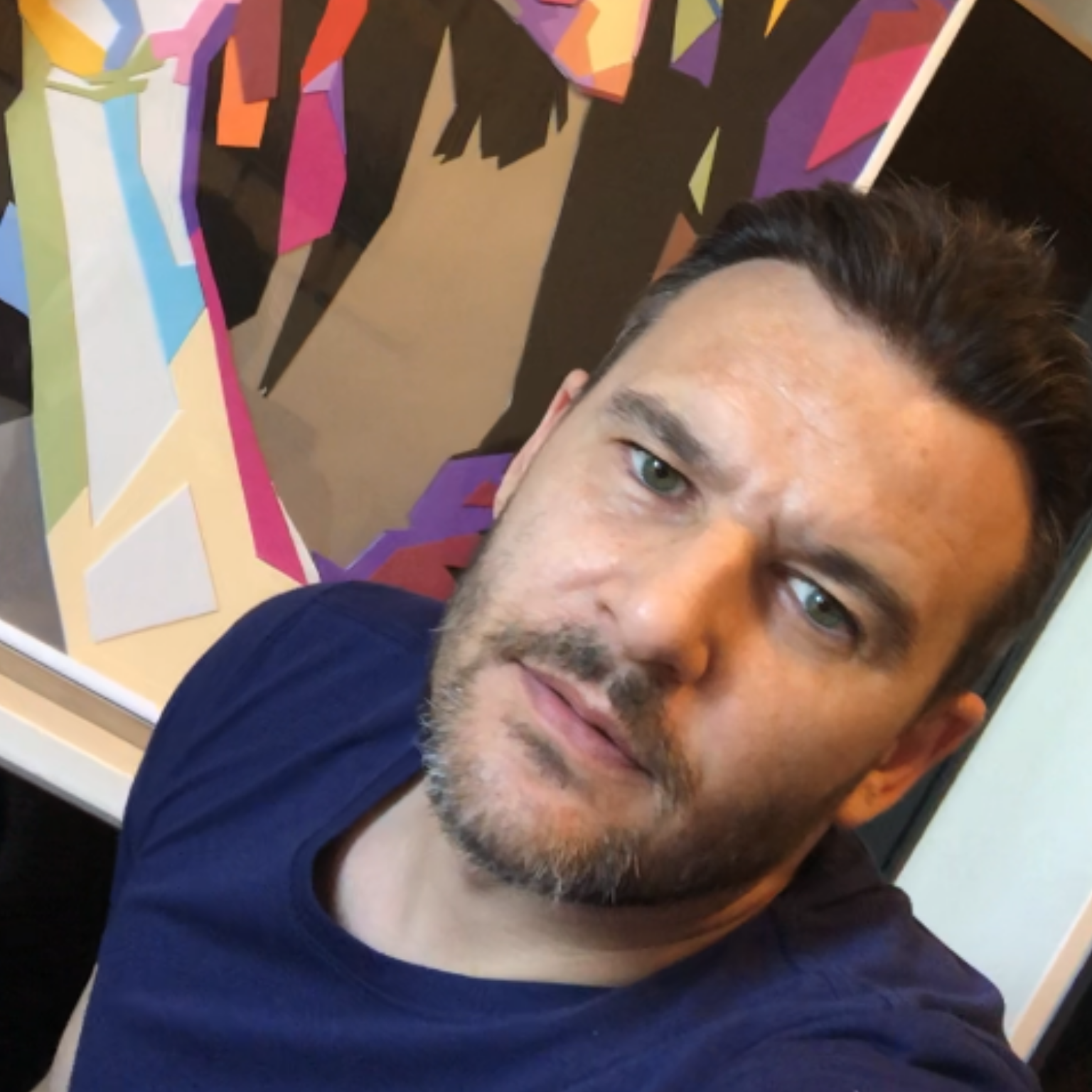 5 questions to the artist Enrico Lunardi