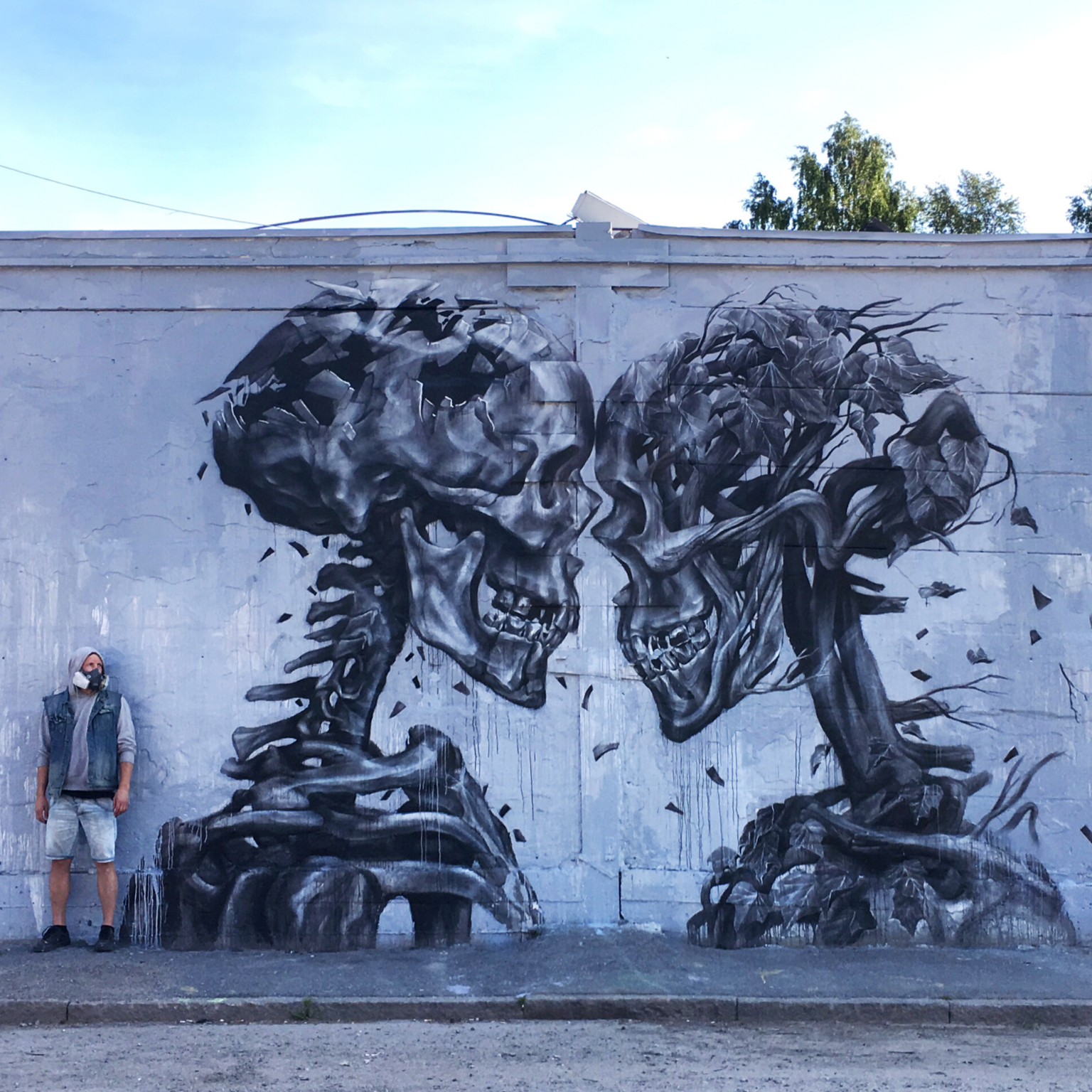 1.In your opinion what is the role of a museum?

I think the central role of a museum is to be a witness of history. To educate, enable studies and research for anyone whoʼs interested in taking part in such, whether being young or old. To be a place for the random visitor and for professionals.

In this way being a pillar in a society and welcoming its inhabitants. A museum can be a vantage point for history, heritage and the present so that we can envision what future we want to have.

Urban Nation in Berlin, museum for urban contemporary art, is my favorite. As Iʼm a street artist and started painting graffiti in 1990, not much of my work is preserved. The art we create in the streets are perishable, sometimes only surviving for an hour or most often a day or two.

Even though the transient is part of the art and concepts, it feels a bit unpleasant to think of all those artworks, prints, murals, graffiti paintings, installations that are not possible to visit, look at or study. Urban Nation is the first museum dedicated to the work of urban artists and has collected at least some of the work in our movement.

For the same reasons the STRAAT urban art museum in Amsterdam, which is soon to be opened, will be on my favorite list! These two museums highlights something from our ideas about the role of art in society and cities.

The Seed Bank in Svalbard, Norway, maybe not an official museum and is not open to the public, but in an unpleasant way is on my favorite list too. Its mere existence is an inconvenient envision for the direction of human kind. They collect seeds from food plants from all over the planet to ensure the worlds food supply due to wars, storms and climate disasters.

3.How important are social networks in your business? And which platform do you prefer and why?

Social networks was liberating for artists. They are very important because we can share our work and get in contact with people, even if you donʼt get invited or get your applications accepted to do shows and projects. We donʼt need to apply for permission to show our work or to express our selves.

Thatʼs also one of the main reasons to do street art. Before social media, for the same reason we did fanzines and artistsʼ books. To produce a solo exhibition takes a long time. The old masters could have an vernissage with only one painting. Only one, because it had taken a year to paint it.

Today something similar as the old masters in a way, we can have a ”vernissage” of one single painting or mural by sharing it on social media platforms, but several times a month. Of course it should be said that some social network algorithms have changed into a pay to be seen service.

4.In particular, due to the coronavirus emergency, how have you changed your business on social networks?

I got everything canceled that I had planned and scheduled for the spring and summer from March and onward. I had worked with a short film project, Signs on the surface, for several winters which is a celebration of winter, the arctic nature and atmosphere, but also in contrast a critique of our culture.

I had to cancel the plans for the premiere screenings and instead I had a scheduled screening event on YouTube and a live chat with the audience. In only four days I adapted all my courses where I teach art students into web based distance courses. Iʼve been in so many Zoom meetings for the past months that when I finally met two artist colleagues irl, my eyes saw them flat in 2D.

To vitalize the museums content, engage discussion and to create new or a deeper understanding, by inviting artists to do projects about the museums topics. In this way you also support contemporary living artists.

People will look in museums for the world that was evolved by nature, the time before Anthropocene. The time when you had functioning ecosystems with clean water, air, earth and when business wasnʼt valued higher than life itself.

Humans are turning the natural world into a human centric and artificial world. A museums role might be to protect the fundamentally important pieces and knowledge of a natural world where things grew for real. So that this can be studied by future generations when all is artificial and if the world wide web becomes a trap.

Vegan Flava is a street artist and visual activist who lives and works in Stockholm, Sweden. His art celebrates nature, wildlife and the four seasons, and is known for his very mystical style.

In his works, Flava takes a critical look at current socio-political problems and has worked several times with Urban Nation. The latest Community Wall was created in May 2019 and can be seen on Berlin’s Frobenstraße, near the Urban Nation Museum. 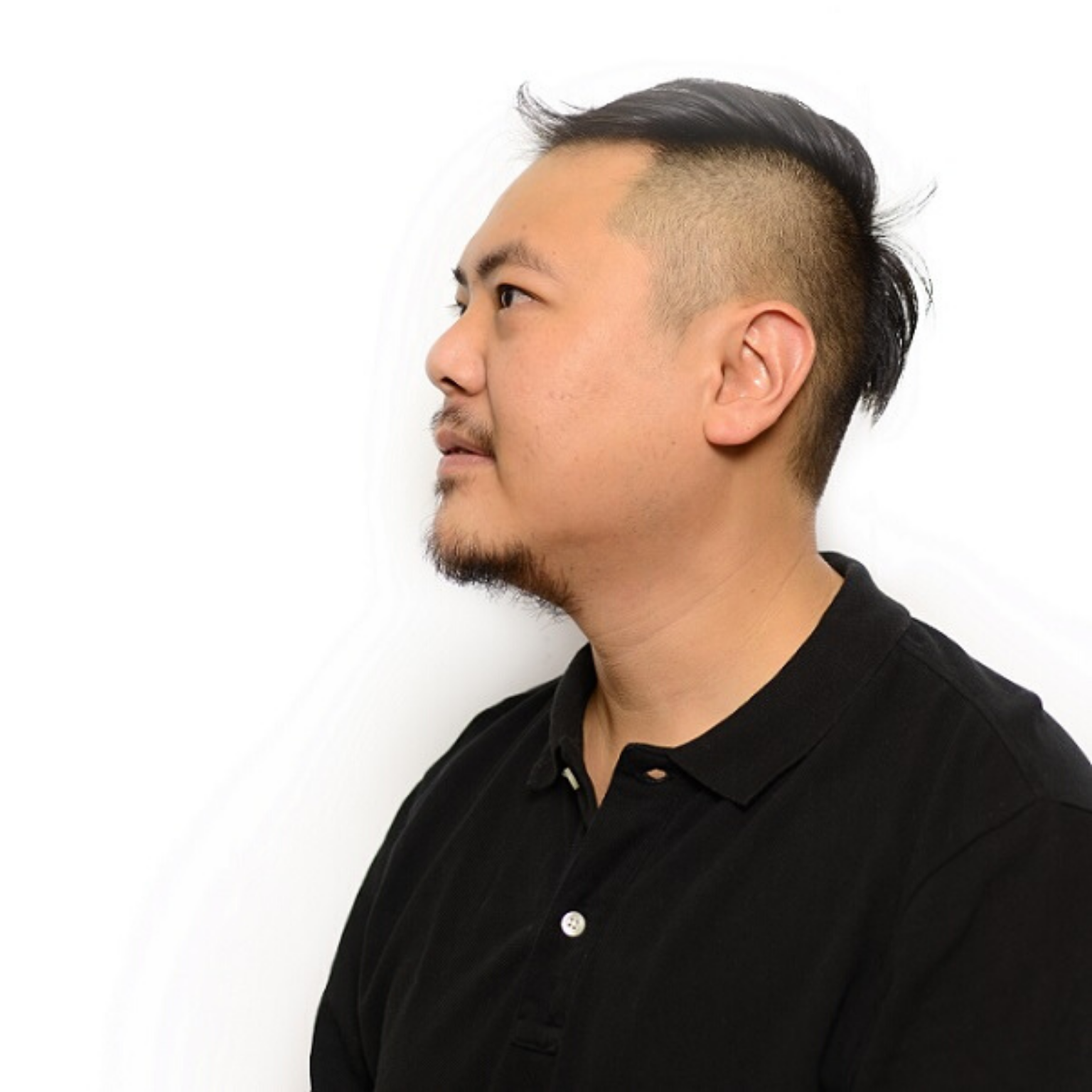