I’m the President of Culture for Causes Network, a non-profit association that I founded in April 2017 with the help of UNESCO (they have two members on the board). I’ve been running MuseumWeek since the beginning and I’ve always loved the spontaneity of this project and the energy of the participants! Apart from that, I work as a digital strategist for two science museums in Paris. I studied Physics, Science mediation and International development and my motto is non progredi est regredi! I’m proud to introduce you to the team that made this project possible, I thank them for their enthusiasm, for their energy, for their good spirit and kindness. Facebook – LinkedIn 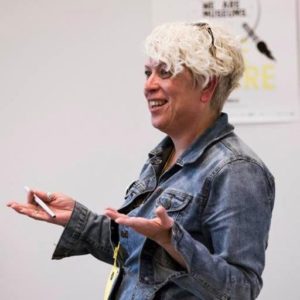 Mar Dixon, Coordination of Area Coordinators  @MarDixon
With @CultureThemes, I do a lot of hashtag events like #AskACurator, #MuseumSelfie Day, #LoveTheatreDay etc.  Basically I encourage culture venues to use social media to be fun and social and not just for marketing.  Pushing culture venues out of their comfort zones is a positive aspect! (See also @52Museums and soon to launch @52Stages on Instagram) I also love seeing how new technology can merge with archives and culture.  I speak at a lot of international conferences and love putting on workshops and events (Remixing/Hackathons and Unconferences).

Kelee Davey, CM and referent for New Zealand, East Russia, Australia & Asia
I have 20 years experience working in museums, university and arts industries with in Australia and abroad. I am passionate about delivering excellent customer service and interpretation experiences to our visitors, both in person and online. In my spare time I volunteer on the executive of Interpretation Australia, the peak professional organisation for people working in the fields of natural and cultural heritage interpretation, as their Membership and Social Media Coordinator. I am fascinated by people, their behaviour and interactions and am currently studying for a Graduate Diploma in Psychology. I am really excited to be a part of the the 2017 MuseumWeek team!

Noémie Finez – CM for France @noemiefinez
Noémie Finez is an historic building technician working for the french ministry of culture. She has studied conservation of built heritage and has been working as a communication officer in a non profit organization and for a World Heritage application.

Andrea Goulet – CM for France @andiecrispy
She has been carried out for years this passion for communicating and disseminating science: teacher and educator in environmental education. In sort her, passion is to work for the promotion of new technologies applied to the dissemination of cultural and scientific heritage.

Phyllis A Sears, CM and referent USA and Canada  @PhyllisASears
A lifelong love of museums & travel has made for an ideal pairing and now being able to share that love on social media has made it all the more fun including my last trip #Wanderphyl. Until it closed in September 2016, I volunteered as the social media producer at the @MetMediaLab at The Metropolitan Museum in New York. My daughter lives in Berlin and I live in Brooklyn, New York USA.

Anna Mikhaylova, CM and referent for Russia – @Madlena_P
I am a fourth-year PhD student at the School of Museum Studies, University of Leicester, the UK. My research is focused on the history of spatial transformations of the State Historical museum (Moscow, Russia), and I’ve been the SHM’s social media manager since March 2013.
One of my current projects is a group on Facebook for Russian-speaking museum professionals who deal with the Internet; we organise webinars, seminars, and workshops. I also run #drinkingaboutmuseums in Moscow and St Petersburg.

Yu Zhang – CM and referent for China @yuzhang_muse
With a BA in French Literature of Shanghai International Studies University and a MA in Culture and Media Management of Sciences Po Paris, Yu ZHANG started in the event industry in Shanghai before working for some of the major French publishing houses on editorial projects of exhibition catalogues and art books. She joined the International Council of Museums (ICOM) in Paris in 2009 and was Head of Communications and Publications between 2014 and 2016. She is a guest writer on cultural subjects for newspapers and magazines in China and now dedicates herself to China-related cultural exchange projects.

Jess Davies – Helper for New Zealand, Australia, Asia – @jessso_d
I am a museum and heritage addict with a passion for all things digital. During the day I am a freelance copywriter and digital engagement specialist, currently making stealth ninja moves into Perth’s culture and arts sectors. I have spent the last six years living in Paris (ooh la la) and Manchester (that’s well good) collecting exciting ideas and projects to bring back to the great southern land.

Astrid D’Eredità – Assistant  Area Coordinator for Europe, Central and West Africa @astridrome
Experienced archeologist in Roman and Late Roman history and archeology, she currently has a fixed-term contract as Ministry Officer at the Soprintendenza Archeologia, Belle Arti e Paesaggio for the provinces of Brindisi, Lecce and Taranto. Proficient in cultural and digital communication, she has worked to promote and draw attention to museums, cultural foundations and businesses by focusing on social media networking and coordinating press releases and publications. She is the curator of ArcheoPop, an online project to foster awareness about archaeology.

Antonia Falcone Helper for Europe, Central and West Africa @antoniafalcone
Archaeologist in Greek, Roman and Late Roman history and archaeology. She worked as field archaeologist in commercial archaeology project in Rome and Puglia. She actually is account manager jr and social media manager at Archeomatica, multidisciplinary journal, printed in Italy, dedicated to emerging technologies for cultural heritage. In last four years she has worked to promote archaeology online by focusing on social media networking and coordinating releases and publications. She is founder and blogger for Professione Archeologo, an online project about archaeology and archaeologists’ life.

Anna Lebedeva, Helper for Russia – @anm_Lebedeva
I am a Deputy Head of Development Department at the State museum of Military History and Natural Reserve of the Kulikovo field, where I’ve been working since 2014.

Margot Lopez, Helper for South America @GuayaberaD
Margot López is an architect and writer and has worked in the field of cultural journalism and as an instructor in art and architecture since 1993. She coordinated communications for the ​Biomuseo​ in Panama​, planning its communication strategy, creating its first volunteer network, and participating in marketing and fundraising campaigns. López ​was  a member of the team that organized ​Ciudad ​ Multiple City, a 2001–2003 contemporary ​international urban ​art event ​that took place in Panama. She currently manages the communications, brand and marketing strategies for Conservatorio, a developing company specialized in the urban sustainable revitalization of the historical district in Panama.

Cristina Serradell Soberanas Helper for Europe, Central and West Africa @crisserradell
Biologist, communicator by conviction and activist of shared knowledge. Since 2007 she has worked at the Museu de Ciències Naturals de Barcelona (Natural Sciences Museum of Barcelona) in European projects such as e-CASTEX (2007-2008) and in the communication department, promoting social networks, managing the contents of virtual platforms and working actively in the communication strategies 2.0 of the department.

.Josephine Walsh, Helper for USA and Canada @_girl_in_red
Josephine Walsh is a young museum professional with a passion for digital storytelling. Having previously worked at the National Museum of Australia as well the Museum of Australian Democracy at Old Parliament House, Josephine loves using social media to create meaningful, reciprocal relationships between audiences and cultural institutions. She has extensive experience utilising social platforms for difficult yet essential conversations between communities and museums, as well as creating innovative content that promotes the rich stories, histories, objects and people in the museum community. Josephine is a social media freelancer currently based in Ottawa, Canada.

Mickaël Zhengwen  QI, Intern/Helper for China
Zhengwen Mickael QI, student at Sciences Po Paris and Beijing Foreign Studies University, is currently an intern at Yu Culture, working with Yu ZHANG in France. Fascinated by cultural diversity, he dives into the museum sphere and prepares to contribute to cultural exchanges. 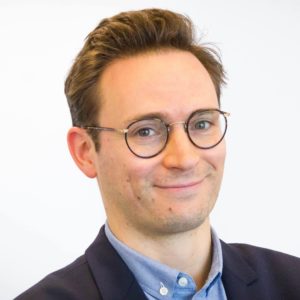 I have been working for 5 years as a film critic, a film programmer at the Cannes Film Festival, a teaching assistant at Paris-Sorbonne Nouvelle and a Script doctor. As an Author, I published two books: a survey for the French Ministry of Culture’s studies department (DEP) and a book dedicated to Community management (in French and Italian). I co-funded the Air d’Islande Art Festival (now Polar) in Paris, and have been fundraising for Culture events for many years. 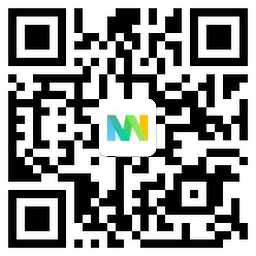 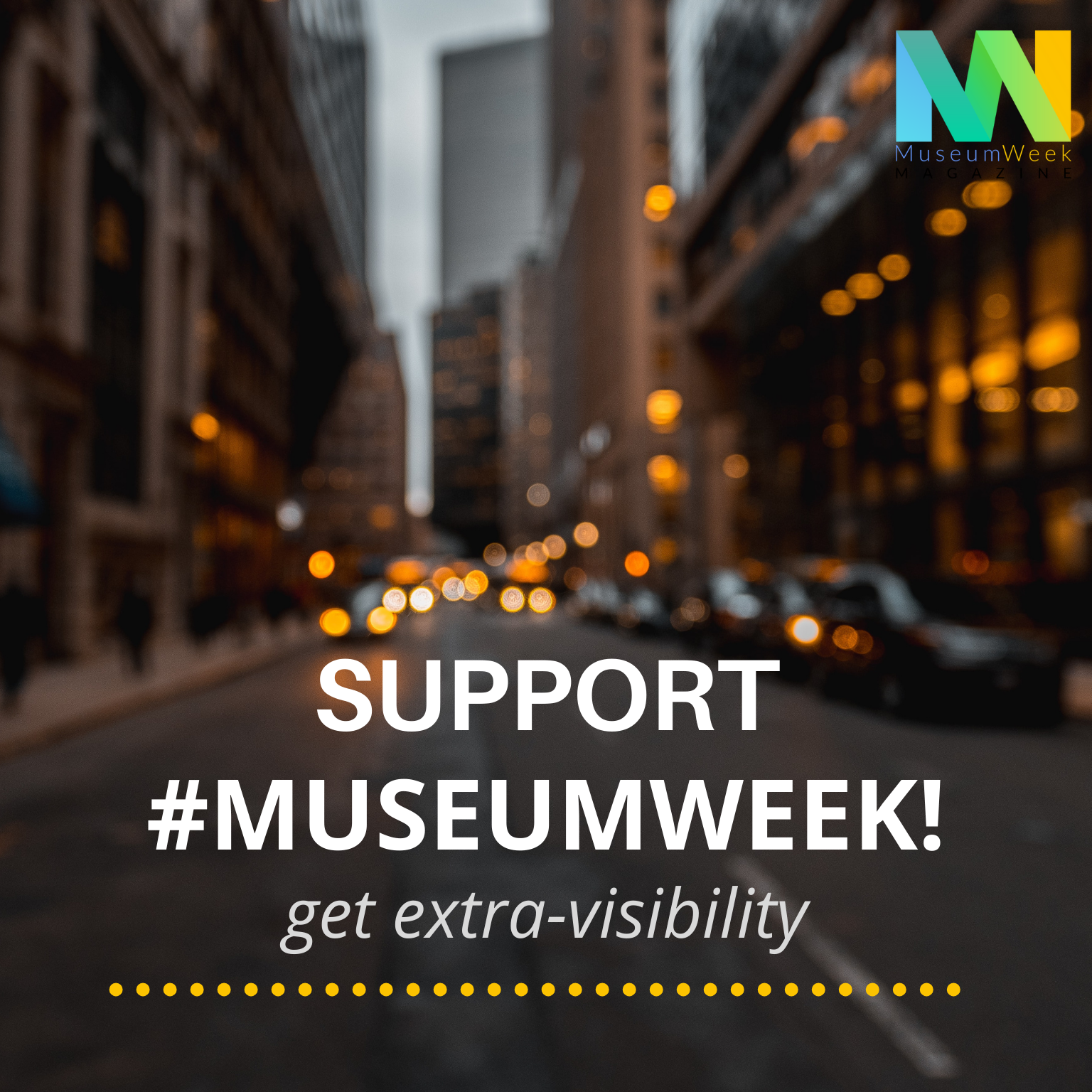